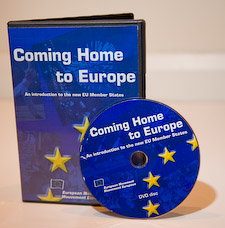 On the eve of the welcoming 10 new countries by the European Union, in May 2004, I was commissioned by the European Movement in collaboration with Morris & Chapman to make documentary films about these new EU member states. The series was published on a DVD called Coming Home to Europe and were also viewable on the European Movement website. They are no more on line so I uploaded a few of them here as a part of my portfolio.

During 28 days, I travelled from Estonia to Slovenia and visited Malta and Cyprus separately to collect footage and interviews about each country.

For more information, read the DVD back cover and the travel map below.

I also took the opportunity to make a photo series of youth portrait called EU’s new generation that was published in Le Soir. 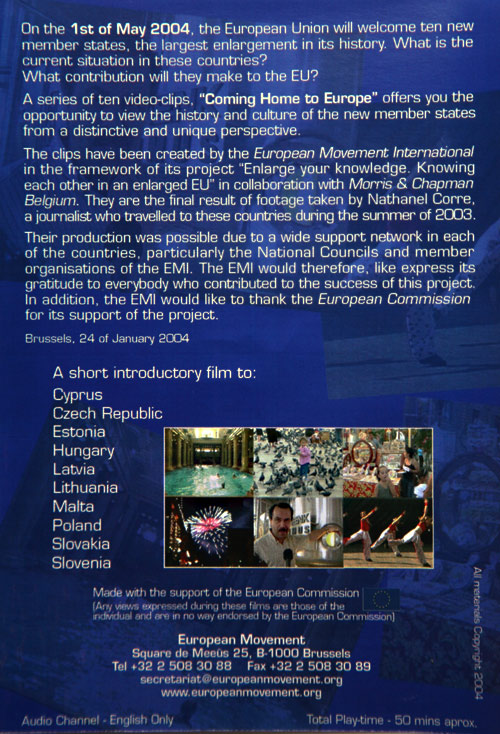